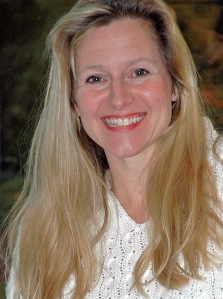 Elizabeth earned her Bachelor’s Degree in Mass Communications and Broadcasting in 1991, and soon became a local radio personality at KBOO-FM in Portland. Elizabeth is currently the voice of the autopsy exhibit in the forensic wing at the United States National Museum of Medicine. You can also see her online as the Video Spokesperson for Chinook Winds Casino Resort. She and her dance partner, Scott, teach Ballroom Dance at Reed College in Portland, Oregon. Oh, and she’s also a full-time mortician.

1) Where did you get the idea to write a book about a blind dating spree by a woman in her 30s who happens to be a mortician?

It’s my life story. I live the mortician part daily, and unfortunately I lived the 77 blind dates, too. Thankfully it was for only a year!

I readily admit that my job title made dating more complex. Since I work in the funeral industry, my career choice made the whole dating situation somewhat awkward. I was always up-front about what I did for a living, because I wanted men to be in the loop before we met. But I also steered the conversation to other topics because my career was too often the focus when meeting people. The first date could easily turn into a question and answer session all about me. I was there to screen them, after all!

The idea to actually write the book came from my beloved father, a member of no less than three Catholic singles groups at the time. He decided this was fun he didn’t want to miss out on. It was his idea to number the dates, run down each thumbnail sketch to him on the phone before each date, and keep a journal of highlights. I would e-mail him after each date, and he kept encouraging me to share these e-mails with other women.

2) When did you write the book?

When I wrote “All Men Are Cremated Equal: My 77 Blind Dates,” I was newly married. After planning a wedding across the country in only five months, I decided I could do anything. So I promptly sat down at the keyboard after our return from New Jersey and cranked out my manuscript.

3) When coming up with your characters, did you base any of them on people you knew?

Most were real, and here’s the deal: I checked with friends to make sure I could identify them by name and characteristics. The women in my memoir are long-term, fabulous friends who are all important to the story. I confided in them, garnered support from them, and still love them all so much.

My merry group of mansion housemates are all real people, but their names are changed since I wasn’t able to contact anyone to gain permission. They portrayal is flattering, although I use different names out of respect for their privacy, in the event they wanted privacy.

The blind dates all have aliases. Their monikers correspond with their jobs. Names were changed to protect the rejected!

4) What do you think of the chick lit genre in general? Are you thrilled to be apart of it?

I love chick lit! I don’t read it exclusively, but I know who’s out there, what they’re writing about, and am also a sucker for late-night movies on the Oxygen Network.

Chick lit has created millions of new book lovers. Not only women, I might add. I get emails from male fans, too.

5) Tell us a story about your writing experience.

No one knew what to make of me. I have a stockpile or letters and e-mails from literary agents stating “not sure what to do with this.” That was such a common theme. The title was unique, the story was about a single girl in her 30s who wasn’t into Prada or Cosmos, and I’m a mortician. It just didn’t sound too sexy for most people. I did, however, find wonderful, brave souls with a vision who expressed great interest. I will always keep them in my prayers.

6) What newspapers or magazines do you read?

Daily reads are the Oregonian and the Washington Post online, monthly reads are Funeral Home and Cemetery News, Mortuary Management Magazine, and the Black Lamb. There are a few fun blogs I like to sneak a peak at if I have a spare five minutes.

7) What is your greatest achievement?

About 10 years ago I had a great paying job and was able to help three women working in prostitution get off the streets in San Francisco. I had served as the Chair of the Board for the Council for Prostitution Alternatives in Portland, Oregon five years prior to that, so I was aware of the challenge women on the streets face. They need options, and I was able to provide that for these women who truly wanted out of their current lifestyle. I know I made a tremendous difference in their lives, and I’m very proud to say they never looked back.

8) Do you believe in love at first sight?

Absolutely! I am a rainbow-and-ponyland sort of girl who loves love. I certainly feel that someone can walk in the sort of grace that resonates with our soul in a particular moment.  I believe this is rare, but extremely special gift. It is one that I have never received, but do know two people who have.

9) Do you have any irrational fears?

I have an irrational terror of shipwrecks. The skeletal remains of a large vessel laying on the bottom of the sea floor just plain scares the hell out of me. I also very much dislike really loud water in unnatural circumstances like hydro-electric power stations, lock gates, or mill races. Water alone is OK it is when it is pouring into machinery that I hate the noise and the rush of it.

Inspired many to believe in humanity.

“All Men are Cremated Equal: My 77 Blind Dates” can be found on Amazon.com