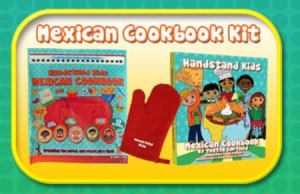 1. Tell us about your latest book.
It’s part of the Handstand Kids Cookbook Series, where each cookbook focuses on one country and comes in fun packaging with a cooking accessory. Our newest book is on China and comes in a takeout box with chopsticks. The five Handstand Kids characters take kid chefs to different Chinese landmarks and introduce them to Mandarin and yummy, healthy Chinese cooking.
2. How did you get started as a writer? 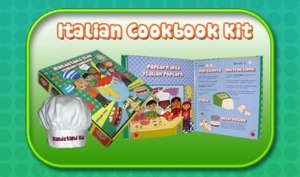 While in law school, I needed a creative outlet. I kept a file on my computer and kept building on the idea to introduce kids to the world through food.
3. What does a typical day look like for you?
Each day is completely different. As the publisher and distributor, I wear many hats. Some days I work from home and collect payments. Others, I spend in meetings and working with press and new buyers.
4. Describe your desk/workspace.
A little messy! I have a home office and I tend to make piles, based on what needs to get done.
5. Favorite books
The Giving Tree, The Little Engine that Could, Extremely Interesting Incredibly Close

6. Tell us 3 interesting/crazy things about you
I stopped eating chicken at age 12 because I had pet chickens. I received a black belt at age 14. I still believe individuals can change the world.
7. Favorite quote
Great spirits have always encountered violent opposition from mediocre minds. Einstein.
8. Best and worst part of being a writer
Best- autonomy. Worst- not having a built in team to check in with.
9. Advice for other writers
Do what you love and do it well!
10. Tell us a story about your writing experience.
I was at a school event and had a booth where I was signing books. I was eating at my booth and probably should not have been (but it was lunch time). This woman came over to me rather abruptly and said “do you smell that? Wow, that is strong.” I definitely blushed and asked her which scent was bothering her. And she exclaimed, “the smell of sweet success b/c these are the greatest books I’ve seen.”

Where can people buy your books?
www.handstandkids.com 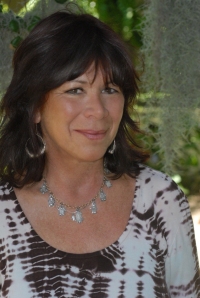 Nancy Mehagian has been involved with food and healing since 1969, when she opened the first vegetarian restaurant on the Mediterranean island of Ibiza. A native of Phoenix, Arizona, she attended USC and graduated with a degree in English Literature from Arizona State University.

Since 1978, Nancy has maintained an active Massage Therapy and Jin Shin Jyutsu practice in Los Angeles. She accompanied Quincy Jones on his Jook Joint Tour and was the Massage Therapist for the Eagles’ Hell Freezes Over World Tour.

Nancy Mehagian has previously published a vegetarian cookbook for children, Supernatural, lectured at health conventions, catered for celebrities and taught gourmet cooking classes, creating cuisine that is healthy, international and authentic.  Her culinary memoir Siren’s Feast, An Edible Odyssey was released in 2008 and she is at work on another, chronicling her career in Hollywood as “masseuse to the stars.”  Nancy lives and cooks in Studio City, CA.

Siren’s Feast, An Edible Odyssey is available on Amazon.com and my website http://www.sirensfeast.com/ as well as through Baker & Taylor.  Fellow Armenians can check out http://www.abrilbooks.com/.  I occasionally blog, including photos and recipes http://sirensfeast.blogspot.com/

And I love comments from readers!

Karen Page and Andrew Dornenburg are the award-winning authors of several groundbreaking books chronicling, celebrating and even catalyzing America’s culinary revolution.  Their book WHAT TO DRINK WITH WHAT YOU EAT won the 2007 International Association of Culinary Professionals “Cookbook of the Year” Award and the Georges Duboeuf “Wine Book of the Year” Award.  The couple lives in New York City.

1. Tell us about your latest book.

THE FLAVOR BIBLE:  The Essential Guide to Culinary Creativity, Based on the Wisdom of America’s Most Imaginative Chefs (Little, Brown; Fall 2008 ) is a revolutionary book that’s as useful to anyone who cooks as a thesaurus is to anyone who writes.  Simply look up any one of hundreds of ingredients that are listed alphabetically to discover the herbs, spices and other seasonings that will best enhance its flavor.  Given that this is some of the most vital information needed by anyone who cooks, people have been amazed that such a book has not existed before now.  It’s great news for prospective authors that there are still books out there that need to be written!

2. How did you get started as writers?

Karen self-financed 100 percent of her journalism studies at Northwestern University via earning a Scripps-Howard Foundation Journalism Scholarship, taking out student loans, and working full-time.  However, after seeing many outstanding students unable to land jobs in journalism upon graduation, she worried about being able to pay off her loans and changed her major to economics and pursued a career in business.  She later met and married Andrew, who cooked professionally and complained that there were no books for professional chefs on how to advance their knowledge and get ahead.  So we decided to write one together, interviewing America’s leading chefs about their secrets of success.  The result was our first book BECOMING A CHEF, which was published in 1995 to critical acclaim.

A typical day on book tour involves giving interview after interview about our latest book, and striving to make it sound fresh each and every time.  A typical day while writing a book involves interviewing some of our field’s leading contributors about their expertise, and the challenging task of synthesizing our research.

Karen has two computers at her desk, as she’s often thinking about two different ideas and researching both simultaneously.  Andrew is happy with one computer.  We work at home, so Andrew does double-duty as our office chef — which often makes lunchtime a highlight of the work day!

We write the books we want to read that don’t exist, so — truly — our favorite books are BECOMING A CHEF, CULINARY ARTISTRY, DINING OUT, CHEF’S NIGHT OUT, THE NEW AMERICAN CHEF, WHAT TO DRINK WITH WHAT YOU EAT and THE FLAVOR BIBLE.

We also love reading books that inspire new ideas, and in this vein we love THE CIRCLE and PRACTICAL INTUITION by Laura Day, and HOW TO THINK LIKE LEONARDO DA VINCI and DISCOVER YOUR GENIUS by Michael Gelb — whose books we admired first, and who have both since become dear friends of ours.

1)  All our research (that is what we call eating and drinking) is an occupational hazard from a caloric standpoint.  If we didn’t exercise, we’d each weigh 300 pounds.  So, we have run a half-dozen marathons and countless half-marathons between us — including the Montreal International Marathon on the last day of our honeymoon.

2)  Andrew is a former firefighter who spent one of the worst summers for forest fires in the state’s history fighting blazes in northern California.  One day a week, he was assigned to cook for the entire crew — which is one of the ways he discovered his love of cooking.

3)  Karen once joined a group of girlfriends at an all-women cattle ranch in Kansas for a vacation where she (to put it as delicately as possible) helped turn bulls into steers.  The experience turned some of the guests into vegetarians — but Karen was not one of them.

“Never give up.” –Winston Churchill

8. Best and worst part of being a writer

Best:  The fan mail — learning that we’ve really touched someone else’s life through our words.

Worst:  The remuneration — this isn’t an easy path to choose.

See #7.  The major difference between unpublished and published authors is that the latter didn’t give up.  We weathered countless rejections from literary agents and editors before we signed our first book deal.  If you really want to be published, you must be persistent.

10. Tell us a story about your writing experience.

The experience of shopping the proposal for our first book was a test of perseverance in the face of rejection.

Our former literary agent Elizabeth, with whom we’d worked on an initial book proposal that went unsold, had received several encouraging letters from editors saying that while they weren’t crazy about our initial idea, they’d be interested in seeing other proposals from us. However, when we shortly thereafter came up with the idea to write BECOMING A CHEF, even our agent turned it down (ouch!). Elizabeth wrote:

“This isn’t really the sort of book I feel I could get behind at this time. While I know there is a strong interest in food and cooking schools, etc. (my own interest not to be excluded), I feel that the market for this would be somewhat small.”

We decided to take the unorthodox move of submitting our proposal for BECOMING A CHEF ourselves to the editors by whom our initial idea had been rejected. Again, we received a flurry of rejection letters:

“I’m afraid the market is too specialized for us.”

“I had the opportunity to show your proposal to our publisher, and we both agree that to our way of thinking, this book, as you envision it, would be very small — in other words, a tough sell to the book-buying audience.”

“Thanks for the chance to read your proposal…It’s a good idea that is, however, interesting to only a limited number of people. As a trade book, I doubt it would have much commercial success.”

On July 8, 1992, one declining but helpful editor took the time to suggest, “Have you considered sending it to a publisher that has a stronger professional list than I do? Perhaps Van Nostrand?”

Despite our bruised egos at having been turned down by every publisher we’d contacted previously, we continued to persevere. Our faith never waivered in our idea, nor in our ability to deliver a book that could reach (and help) a lot of people. We weren’t familiar with Van Nostrand Reinhold, but that day, we FedExed a copy of our proposal to editor Pam Chirls. The next morning, we received a call from Pam expressing interest. A series of meetings ensued, and we signed our first book deal on our two-year wedding anniversary: August 25, 1992.

In May 1995, our book BECOMING A CHEF was published. The book that no one wanted, that no one thought could find a decent audience, went on to be featured on the “Today” show, to win the 1996 James Beard Book Award for Best Writing on Food, and to sell more than 100,000 copies. And our writing career was launched!

THE FLAVOR BIBLE is available at better bookstores everywhere.

Our Web site and Blog can be found at http://www.becomingachef.com.